After the morning shoot and after breakfast, friend and fellow photographer Robert Mance and I headed out in search of more water for sunset. We decided to head down towards Badwater Basin, the lowest point in North America. Instead of going to the main parking lot area, we headed down the West Side Road to see what could be found on the west side of the basin, where neither of us had ever been before.

Here are some pictures from what we found. 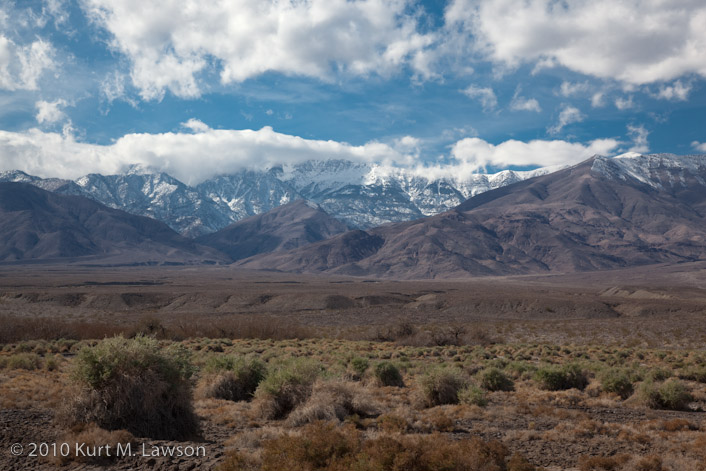 Telescope Peak from the West Side Road

The closest I’ve been yet to Telescope Peak. 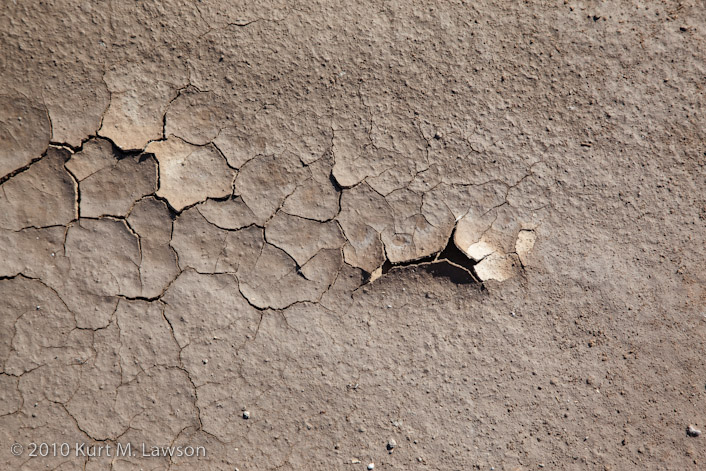 This group of cracked mud caught my eye. 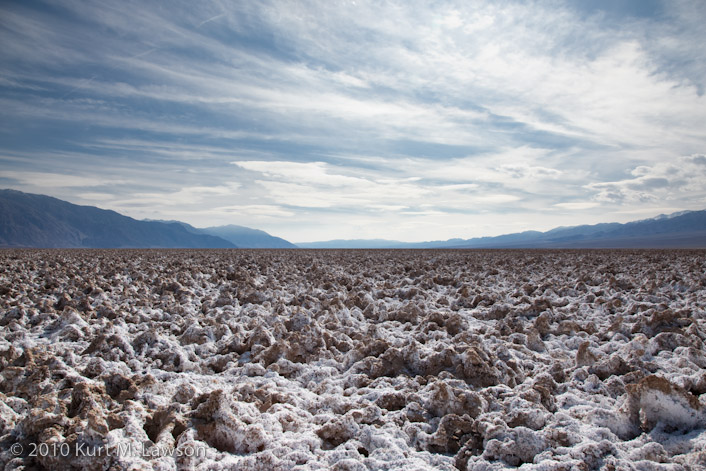 Water along the road

This patch of water was quite large. In fact according to my GPS it is part of Salt Creek, although the water is way too salty here to support the Death Valley Pupfish. A strange car load of people stopped and asked Robert if we saw any fish here. The main Salt Creek area was closed due to muddy roads although you could still get there on foot if you were willing to hike a few extra miles. Anyway, we were pleased with this location and decided to head back for Sunset.

The next update will feature pictures from an amazing sunset in Death Valley unlike any other I’ve seen.

Robert Mance - What an awesome ‘side trip’ that turned out to be huh! Great pics. I’m emailing you some photos of you shooting Death Valley. Keep an eye out for’em.

© 2012 Kurt M Lawson Photography. Kurt Lawson is a participant in the Amazon Services LLC Associates Program, an affiliate advertising program designed to provide a means for sites to earn advertising fees by advertising and linking to amazon.com.|ProPhoto Photo Website by NetRivet Blogs