Some Oaks in the Snow

Trees have always been a favorite subject of mine. I’ve always loved the way they branch out in various ways in their quest for sunlight. In northeast Indiana the winter months would leave the trees bare and expose their innermost structures of stems, branches and twigs. One one day following a fresh snow I ventured out in search of something to shoot. Nearby I found this marvelous oak tree, covered in snow. 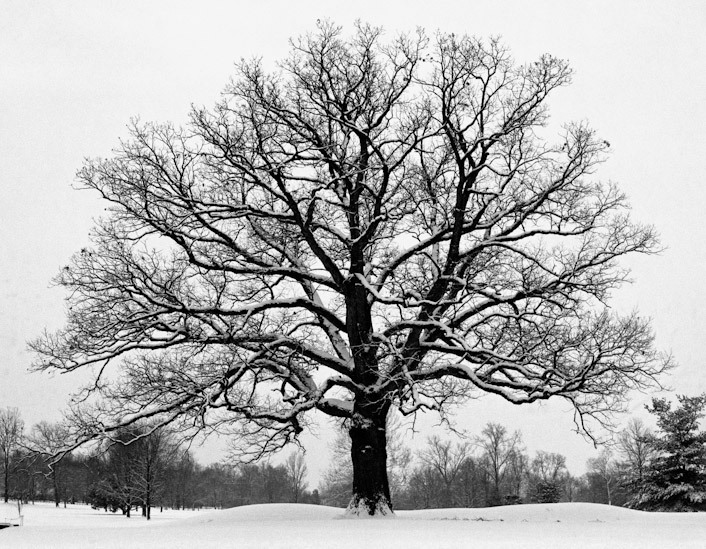 My original Snowy Tree photograph, taken in the late 1990's.

Now in 2009, Sunday’s snowfall gave me the opportunity to head out and take a nearly identical picture more than 10 years later: 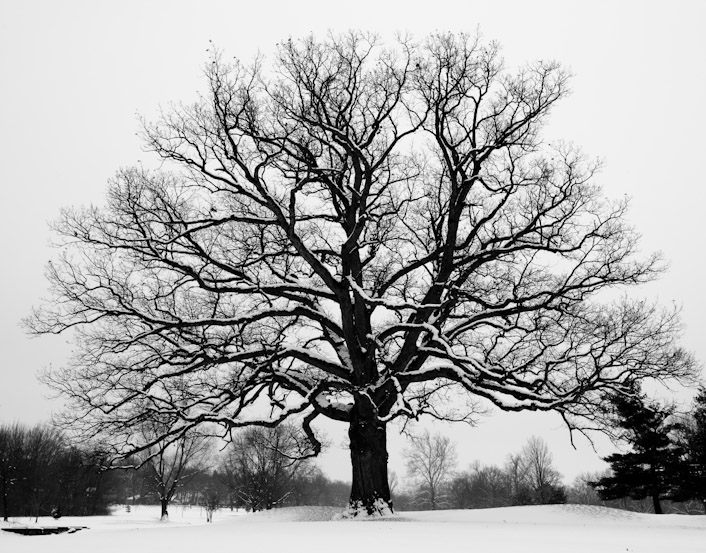 With my comparison of thes two images when lined up, I can see that I was just a few feet away (to the left) of where I must have taken the original shot. The oak tree is very much the same although it has stretched outward a little bit. The seeming ancient technology used in the original – an Olympus OM-1N fully manual, mechanical camera body and film did a fantastic job capturing detail of the tree. This has, however been surpassed by my new 21 megapixel monster, which captures more detail with essentially no grain. Still, you’d have to do an enormous print to tell the difference. For entertainment value only, here are some crops of the same approximate area with the two pictures: 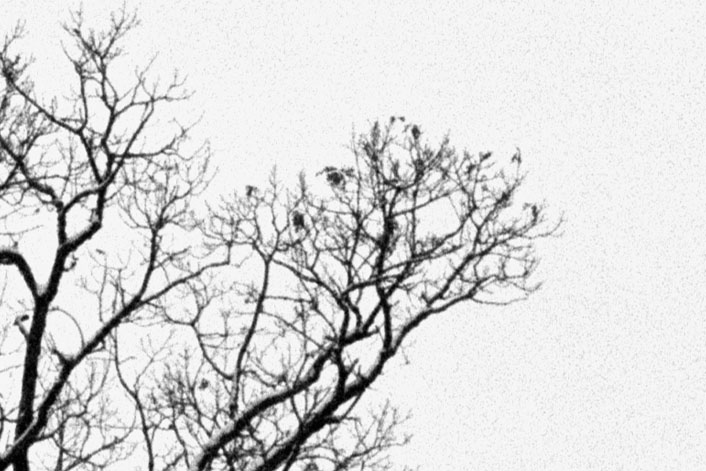 I also took some pictures in some nearly wooded areas of the park.
This oak tree caught my eye.

This picture came with a surprise. If the man had not moved I might not have even seen him. He was apparently watching what I was doing for a few minutes before moving on.

The man in the woods

100% crop showing the man in the center of the path

Finally, here is a look at the branches of the Snowy Tree.

I love the way the oak branches meander outward from the trunk. Perhaps I will try and come back during another season to see what this tree looks like when it’s covered in green or red. It’s just beautiful to see a large oak like the Snowy Tree after a fresh snowfall.

© 2012 Kurt M Lawson Photography. Kurt Lawson is a participant in the Amazon Services LLC Associates Program, an affiliate advertising program designed to provide a means for sites to earn advertising fees by advertising and linking to amazon.com.|ProPhoto Photographer Blog by NetRivet Blogs