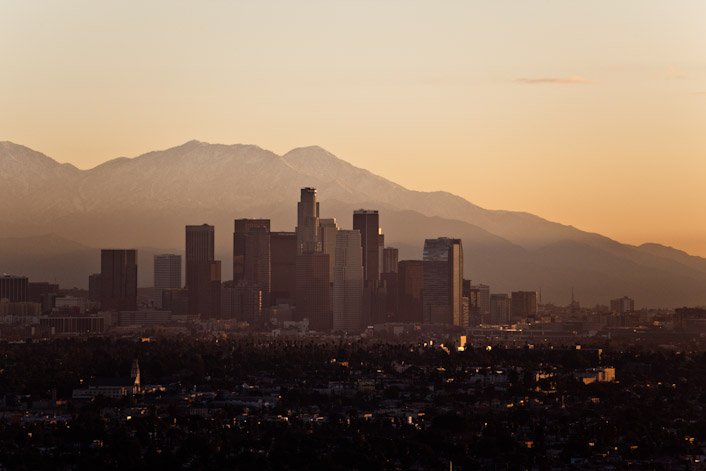 In Los Angeles we have two seasons. The season when it won’t rain and the season when it might rain occasionally. This week we have definitely entered the latter with the arrival of a winter storm which produced snow levels down to just 1500 feet and sent temperatures down into the upper 30’s for the greater LA area. For this climate, that is very cold. For where I grew up, that would seem a rather balmy temperature about now as that same storm system slams the midwest. The thing about LA though is that the rain is very cleansing to the air and to the streets.

I set my alarm to wake up early on Tuesday morning with the idea being that I would head to Baldwin Hills Scenic Overlook and take a glorious picture of downtown LA with morning glow lighting up the fresh snow covered peaks in the San Gabriel Mountains and crystal clear air. Not having done any research I did not end up with what I wanted. I think what I was envisioning in my head is more apt to come at sunset if at all. If you look closely you can see the snow behind downtown LA in the early light. The first time it rained after I moved here was the first time I caught a glimpse of Old Baldy, the 10,068 foot peak on the eastern border of LA County. This behemoth was completely invisible the first month I was here. The next day the LA times had a picture of downtown LA with beautiful snowcapped mountains behind, and I’ve always wanted to take a shot like that myself. Now I know where to take it. 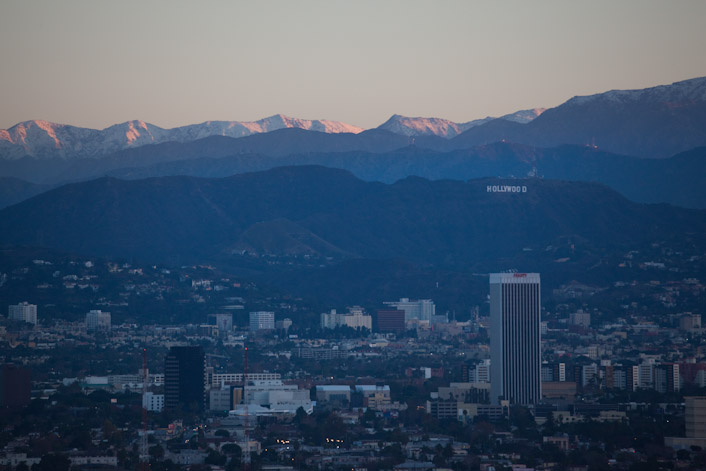 The Hollywood Sign showed some nice snow-capped peaks behind it. The light on the San Gabriels behind is what I had envisioned behind the LA skyline. The picture will also be better framed from a little further east at Kenneth Han park. 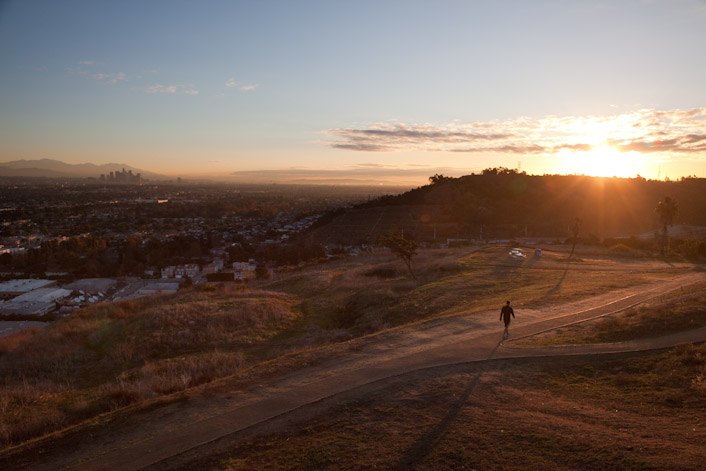 A jogger in the cold

A fellow photographer with his hasselblad

Always nice to see people shooting film, even if I don’t do much of that anymore.

As clear as it gets

© 2012 Kurt M Lawson Photography. Kurt Lawson is a participant in the Amazon Services LLC Associates Program, an affiliate advertising program designed to provide a means for sites to earn advertising fees by advertising and linking to amazon.com.|ProPhoto4 Blog by NetRivet Sites